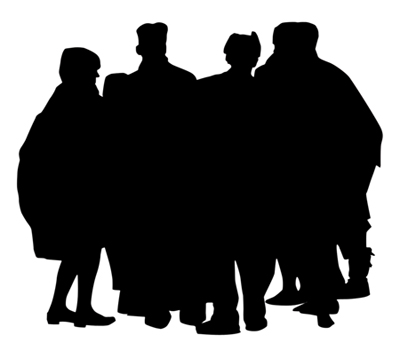 A recent CNet article notes that such shops as AF83 have been turning away business because they can’t keep up with demand. That’s a familiar story to many of us, including me: Drupal is just growing and growing, and we’re reaping the benefits and challenges.

But consider the other side of that coin, expressed by the article’s title: “Need a job? Learn Drupal.” If the message gets through, the Drupal community will experience a wave of people driven by practical matters of employment. A few minutes in Drupaldom’s current hangouts — IRC, drupal.org, mailing lists — predicts how such an influx will clash with the existing culture.

Not that the the Drupal world isn’t already commercial and entrepreneurial — it is, in large part thanks to pioneering companies like Chapter Three* and Dries’ own openness to commerce. But the three badges of Drupal honor today are that you (1) you code, (2) you work on GPL projects, and (3) you’re active in “the community”. Few people responding to the call of this article — or of the business community at large — will meet these criteria. Let’s look at each separately.

So — the contrast between “old guard” and “new school” may sound harsh, but it’s actually cause for celebration. If Drupal does in fact attract such people — who don’t code, who aren’t GPL-savvy, and who aren’t community members — it’ll be a sure sign that it’s escaped its corral into a larger world. And as we can take advantage of their skills, the circle will continue to be ever-widening.

* Say, who were the first Drupal service companies? I’m assuming Chapter Three was one of them because of its leadership’s involvement in Deanspace.

The future is exciting
Flattered to be so prominently mentioned!

I also agree that we have to make peace with the fact that the Next Wave of “immigrants” will be of a different stripe. It’s a good thing overall, and the key here (IMHO) is not to be too much of a hipster about it. Drupal will still be cool even when it’s loved by people who we all might think are relentlessly mainstream. 😉

FWIW on the left/right political front, I’ve been following the success of NetBoots (and noticed the Scott Brown campaign of course) with great interest and enthusiasm. As far as I can tell, NetBoots is essentially delivering on the same premise that Zack and I started DeanSpace/Civicspace on, but for conservatives. While I politically don’t share their outlook, I think this is very exciting for two reasons:

1) They’re demonstrating that it’s possible to run Drupal-as-a-service, which we all intuit will be a big deal, but is still more theory than practice.

2) I have a core belief that a more transparent, network-centric politics will yield better outcomes for everyone, and being able to interact with the opposition is critical there.

Inevitably true or not
the more people who understand how Drupal is built, meaning both the code and the community, the better off Drupal as a project will be.

The best people
for the drupal community are the ones we have not found yet – I 100% embrace the fact that this years Drupalcon is running full day training classes to widen the appeal, understanding and reach of Drupal and hopefully uncover some real gems in the “New Immigrants” who we bring into the community.

This article is presumptuous to assume that anyone new coming into the project will not be a coder, or care about GPL projects, or be “in” the community – I disagree with that premise and 100% agree with Bejamins comment.

Some will be coders, but most will not
Hi, John. First, I have to bring our statements in line. You write:

This article is presumptuous to assume that anyone new coming into the project will not be a coder….

My statement was that “Few… will meet these criteria.” Few != all; some will be coders.

Regarding Benjamin’s statement that people who know Drupal code and community improve the project. Of course I agree — how could I not? All true knowledge is valuable. On the other hand, I believe that good designers, salespeople, and other “soft” specialists are more valuable at this point in Drupal’s history.

But it doesn’t really matter what I think, since neither of us can dictate who the next Drupal professionals will be. The premise of my article is that they’ll be non-coders unfamiliar with open source and uninterested in Drupal’s traditional community. My position is that that’s a fine thing, and that we should adapt to make them comfortable and productive in the Drupalsphere, while at the same time educating on the benefits of giving back.

The community would grow that much is it was left only up to companies like C3 and Dev Seed – its the whole community and ecosystem which makes up Drupals forward motion. I run SF Drupal users group and when I took it over it was tiny – I have grown it to be one of the largest groups in the country now. Most of the people are new people who are learning and contributing themselves to the Drupal community. They are not all here for jobs. I embrace and welcome new people to the Drupal community, if I can encourage them to learn more about drupal and possibly get a job, even better, we need the help.

Many venues, many types of people
Hi, John! I didn’t realize it was you. We met at the SFDUG over a year ago… I think I was at one of the meetings when you were announced as a new hire. Congrats on growing it! I hope a future visit will coincide with a SFDUG meeting so I can see.

Anyway, back to your point. People who come to a DUG tend to be highly motivated by community. Those who read books, watch instructional videos, and take remote-learning courses… not as much.

I don’t think we’re disagreeing, really, except perhaps about proportions of the new-immigrant population.

I agree that we need to
I agree that we need to continue to help people get involved with Drupal as contributors. There is still a lot of evangelizing to do as to why people should contribute and give back. My “openness to commerce” aside, at Acquia, we try to be an “example” company by continuously contributing to Drupal development. Many other companies like Chapter 3, Development Seed and many others do the same, of course, and it is important to Drupal’s long-term success.

How did Linux (et al.) do it?
Hi, Dries. You write that we need to “evangeliz[e]… as to why people should contribute and give back”. I agree… but how?

I was pretty involved in the Linux community around 1998-2001. That project faced the same questions Drupal’s facing now, as non-coders started to see it as a good career focus. (Interestingly, the two projects’ timelines are separated by exactly a decade: Linux was started in 1991, and faced these issues around 2000.)

Honestly, I haven’t been very close to that community since then, so I don’t know whether it’s been able to exploit the talents of non-coders for the good of the project. What can we learn from Linux and other open-source projects?

Documentation, yes!
I completely agree, and like your thoughts about using newbie questions as a basis for documentation. It sounds like you’re talking about creating a structure that truly does make a “FAQ”.

The devil’s in the details, though. Nobody’s really attacked the problem of how to improve Drupal.org’s documentation structure, which I think is broken (as I’ve previously said). I suggested a wiki-like structure; yours sounds more like a FAQ, perhaps with the most-read bits floating to the top somehow.

I’d love to see someone take this on. Done well, it would certainly help engage “new immigrants” on the drupal.org site, which in turn would lead them into greater involvement in the project.

Solution: Stop spreading FUD
No, not “FUD” in its embarrassing meaning, I mean:

We need to stop fearing. Because we can handle it.

We need to stop being uncertain. Because we are very certain.

We need to stop having doubts. Because we have plenty of possibilities.

If we are pessimistic about new users right from the start, then the Drupal community will #fail.

We can and they can improve documentation.

We can and they can find bugs and do tests.

We can and they can innovate.

There are plenty of good reasons to be optimistic. And I don’t see why we shouldn’t be.