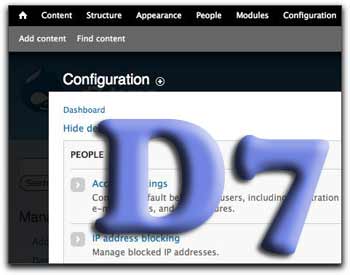 Basic Views like module: Not in core. I'm sure it'll be in Acquia Drupal, and a SimpleViews-like module will be in Drupal Gardens.

Some notes
For SQL queries, the new DB layer provides a query builder. It’s not Views, but it’s still better than D6 in that regard.

There is also active work on a Field-only query builder that is more akin to a Document DB interface than Views, but if it makes it in it should still be huge: http://drupal.org/node/780154

The node access system actually had a large number of updates. There was a very productive BoF 2 years ago in Szeged that generated a punch list of things to fix, all of which have since happened: http://groups.drupal.org/node/14419 It’s actually a vast improvement, although there are still things I’d like to be able to improve in D8 if possible.

The delivery callback is a small first step toward Drupal turning from an HTML page generator into a web services server that treats an HTML page as just another ReST response. That’s as much as got done in D7 core, but the Services module should be able to leverage it in contrib to clean up a lot of code. There’s also a Services sprint happening as I write this to use ideas coming out of the Butler group, which in turn is targeted as D7 contrib and, hopefully, early Drupal 8.

I consider not having a WYSIWYG editor built into core to be a good thing, frankly. They’re easier to support now thanks to changes to core, but keep that crappy crap out of my lean-and-mean Drupal core! (At least until a non-sucky one gets invented. As long as all WYSIWYGs suck, they should remain the purview of distributions.)

– “WYSIWYG editor”: we made a lot of improvements to Drupal 7’s filter/text format system, some of which will make it easier to integrate WYSIWYG editors consistently across Drupal. We also explored inline editing of content but didn’t get beyond contextual links on blocks (i.e. the cog when you hover over a block or node). Not WYSIWYG in the strict sense, but still a step in the right direction in my opinion.

– Improved node access system. We made quite a few improvements to Drupal’s node access subsystem; tagging/filtering queries, explicit denies, alter functions for node access, node access on unpublished nodes, etc. I haven’t watched it yet but http://sf2010.drupal.org/conference/sessions/node-access-drupal-7 might have the details. Either way, we committed a series of small but important API improvements. Drupal core does not have a UI for node access so the contributed modules, not core, will take advantage of these improvements.

– Views. I haven’t checked with merlinofchaos yet, but I think Drupal 7 could simplify Views. I agree that this one should stay in the ‘not done’ bucket though.

Auto Updates
Please could you expand on the auto updates function? Can this do Core as well as modules? Is it scheduled or does it require a 1 click approach like wordpress?

Many thanks for the good write up,

1) At the moment, you can’t update core through Drupal’s interface. I don’t know whether there’s an active effort to make that so: Could anyone comment?

2) I’m not familiar with WordPress’ method of updating, so I can’t comment on whether Drupal’s is “1 click” in the same way. I can say, however, that it’s pretty damn easy. 🙂 Why not try it yourself? Download the latest development version of D7 at http://drupal.org/project/drupal and give it a whirl!

Drupal 7 and RDF
Tom,
I understand that RDF is a big part of Drupal 7. You don’t mention it here though. With the importance of the Semantic Web growing, it would be very desirable to have some coverage of this in the training that you offer. It is hard to find this anywhere. They are doing some exciting things with Semantic MediaWiki.
I look forward to your full course on Drupal 7 with the RC 3 now out.
Bruce

I only talked about things Dries mentioned in his post
Hi, Bruce. I agree that RDF is a big deal, and talk about it in both the “Drupal 7 New Features” and “Drupal 7 Essential Training” series (upcoming) at lynda.com. But this blog post reflects only on those things that Dries mentioned in his blog post of 4 February 2008. (Wow, was that really *three years ago*? Amazing.)

The funny thing is that RDF *is* important — but few beginning administrators will even know it’s there, particularly because it has no configuration settings in core Drupal 7.

Drupal 7/Drupal 7 course
Tom,
I had started your course on the Drupal 7 New Features. I had not gotten to any part that dealt with RDF. I’ll keep going with the videos. Sadly, Lynda.com has nothing on RDF, the Semantic Web, and related technologies. There are xml courses and but nothing that addresses RDF.
So, if your skilled in this area, I’d love to see it covered in relation to Drupal or otherwise. I have not had the best of luck finding good enough documentation on this even on drupal.org
I’d like to integrate some FOAF content into a drupal site that I am setting up for my poetry magazine Word Salad Poetry Magazine. I’m thinking that with the RDF features and the Views/CCK features, it would be possible to create a content type to allow very non-tech savvy folks to enter foaf data, who they Know, their network information, and etc. and have the foaf files stored on that domain…
Relatedly, in your Online Presentation of Data course, you create a Person content type. You also mention Content Profile. I got the impression that if I am going to use that extension then it would be redundant to also create a Person content type. I need to use the User Reference CCK field but link it to a persons real name, as that is what different people will recognize. I believe you do that in the course to which I am referring.
Bruce

Great idea for the RDF/(etc.) course!
Hi, Bruce. I couldn’t see lynda.com doing an entire course on RDF, but the Semantic Web in general is meaty enough to build a course around. One possibility would be to do a course on Open Publish, a Drupal distribution that was built with a focus on semantic tools. What would you think of that? Or were you thinking of something different?

Regarding the Online Presentation of Data course: Yeah, you’re right — I could have made each person a user, then used Content Profile. I actually wrestled with whether that would be better… but decided to go with CCK. I think either would have worked (with some different implications, of course). Of course in Drupal 7 profiles are now fully fieldable, so that’s the way I’d go if I were to do it again. 🙂

If I do this course, it’ll be late in 2011: I want to see whether Open Publish comes out with a D7 version first.

As for a title: I proposed something with both “Open Publish” and “Semantic Web” in the title, but that might not be how it ends up (if it even happens).