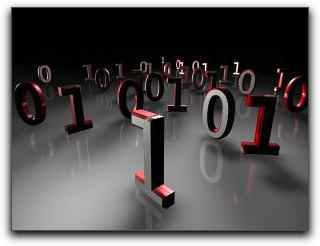 Edit: The title is now “Drupal 6: Online Presentation of Data”, and will not include a section on Panels. Funny things happen in the studio. 🙂

I’m pleased to announce a new video course that will cover Views, Panels, and ways to present data in Drupal, and should be out this summer.

Publisher Lynda.com tells me the Drupal Essential Training course has done unusually well. That’s yet another encouraging sign of Drupal’s growing popularity, for which every active member of the community can take credit. I’ve personally gotten some great encouragement since its release last September and (even beter) have heard from lots of Drupal newbies who are now up and running. It’s exciting.

But as that six-hour course became a seven-hour course, we had to leave out some material — notably, Views. Now there’s good news! Instead of merely touching on this important subject in that course, we’re working on a new series that not only covers Views in depth, but also discusses Panels, CSS, data management, and creative forms of data presentation (such as maps and timelines).

We haven’t finalized the title, but “Presenting Information Online with Drupal” describes its thrust. It’s intended to help make the information in Drupal sites more accessible, both in terms of structure and visual appeal. We’re planning to record at the end of March, with a likely release over the summer. I’m thrilled to be working with Lynda.com again, in particular with producer Kirk Werner and Lynda Weinman herself, who’s taken an interest in the project.

But now, a question for you. What topics do you think should be in this course? We’ve already written out the table of contents, but it’s still early enough to include your good ideas! So please don’t hesitate to shout ’em out in the comments, and thanks (as always) for your interest.

Great to hear that youâ€™re back working with Lynda, I enjoyed Drupal Essential Training a lot.

Do not know how advanced you want to make the next course, but CCK and Views are a must. But I would very much like to see part of the training being devoted to themeing in Drupal 6 (building a theme from scratch).

Theming is too big to include in this course 🙁
Hey, Rask! Thanks for the encouraging words.

I know that Lynda.com would *love* to do a theming course: Their primary audience is graphic designers, so that would be a natural for them. However, I’m not the right person to do it — I’m just not qualified (yet!).

I know they were in discussions with an experienced themer, but that person is, well, just too busy with theme work to put together the course. If you know of anyone, please tell me and I’ll pass it on to my contacts there, or encourage them to apply directly to Lynda.com.

Thanks from a lynda.com subscribing Drupal newbee!
Hi Tom,

Well, count me as another who is enjoying your first lynda.com training title. Is there a way to see your working Table of Contents? Here are my thoughts without seeing it, anyway:

In choosing a CMS, my choice ended up coming down between Drupal and Joomla. It was finding out about the theming possibilities in Drupal that made my choice, since the limited depth of navigation in Joomla seemed really limiting to me, but the ease and richness of creating and changing themes seemed better at first glance. I’m a long time programmer, but I have always enjoyed dabbling in design.

Anyway, if you have any room to do a more advanced chapter on themes, that would be one I would enjoy. Is there a way, for instance, that we can set up a site to let a user choose between themes (ala Drupal Zen Garden). On my site (which is currently a WordPress blog), I’ve got three little color dots that you can click to recolor the site and get a different banner picture. I’m all for giving users a choice.

I know this is mostly for people who don’t want to program as much, but I think it would be helpful to have a couple more chapters of how to tie things together in creative ways, even if it requires code to do it, just to show us newbies an idea of how to tackle the various modules in creative ways.

As a part of this, I’d like to find an idea of what parts of Drupal have remained fairly static, and what has had to change (especially from 5 to 6, since I know the materials on themes always make a big point of determining which one you are using). I know there would be a danger of this becoming dated, but I guess if you could give an approach to looking at Drupal and not doing stuff so far under the hood that you end up having a bunch of rewrites and versions when the next version of Drupal arrives.

Maybe how to make a “site of Drupal sites”. I would ultimately like to have my site be a, for lack of a better term, portal, to several sites I am planning to build with Drupal. I would like each of these “subDrops” to have a different theme, but have some things in common (maybe a graphic, or something). In any case, any issues, tips and tricks for creating and maintaining more complex Drupal sites would be cool for me.

Those are three additional courses!
Hey, Scott — thanks for writing. As I said in response to another comment, theming is too big a subject to cover in this course: I imagine it could easily comprise several hours on its own. And I’m just not experienced enough to put together that course. I hope someone who is will contact me or Lynda.com so we can make it happen.

Alas, I’m also not qualified to do a programming course. I sort of doubt that’s one that Lynda.com would go for: Their core audience is graphic designers, and Drupal programming is a bit far from what that group generally needs. They do already have a few courses in PHP, JavaScript, and the like… but those are kind of oddities in their line. But who knows? Maybe if their other Drupal titles do well, a Drupal coding course would be interesting to them. Hint, hint… 😉

Certainly I hope we’ll do videos on creating and maintaining more-complex Drupal sites, and I like the idea of a “site recipes” course. In the meantime, consider buying the new book Using Drupal, which was created around site recipes, and is quite good (despite typos).

Thanks for your quick response…
Hi Tom,

I certainly understand your concerns. As far as lynda.com doing programming courses, though, they actually do quite a bit with Flex (Adobe’s IDE for ActionScript), but I do agree it is primarily a designer site. Actually, I lobbied for a long time at my work, so we have an O’reilly Safari subscription, so I have most of the Drupal book titles available online, which is sweet. Good luck with the new course and if I can think of any other suggestions, I’ll know where to post them! Scott

P.S.
I’m sorry that I can’t release the TOC early. For the previous course we didn’t know what would actually be released until after it came out of post-production… and I’d hate for people to expect a segment that ultimately doesn’t make the cut. So it’s better to keep it under wraps. Sorry.

Calendars and events
Since Drupal drives a number of community Web sites, I’d like to see training on how to best create calendars. It seems there are some best practices building up in the community about this, especially with the advancement of various CCK modules.

Ideally, I’d want to be able to present calendars with events (perhaps classified by taxonomy) for different audiences on the same site. This might also tie in with groups or Organic Groups — also topics I don’t know much about yet but would, to my thinking be good candidates to cover at some point.

In terms of presenting that information — how do you present calendars as calendars, as lists of upcoming events, as nodes/pages or as blocks, as iCalendar and RSS feeds, etc. All of these are part of what I think I’d ideally like to do with a community-based Drupal site, especially one that has some subdivisions for special interest groups or committees or whatever.

I agree, the Advanced Theme Chapter and calendars would be wonderful.

You are a great Instructor!
Thank you.

Thanks for the kind comments!
Hi, Cindy! I’m glad you liked the first course. I’m actually putting the finishing touches on the new course now, and going into the studio to record it next week. Wish me luck!

Just to be clear, there won’t be much about themeing in this course — just one video, about changing CSS to make views look better. I frankly don’t know much about themeing. I wish I did, because I know Lynda.com would like to do such a course!

Well, I’m getting started in open source CMS and I had chosen Drupal, but then I got my first “client” (a nonpaying nonprofit that I’m making the web site for now as a sample site for my business). Here’s the problem…the people there have absolutely no clue about computing and so my primary objective was to have a backend that was easy enough for them to manage. I had to rule Drupal out on this score and ended up going with Joomla! for this site. I plan to learn both, so that I can offer a choice to my customers, but with the learning curves involved, I will have to put my plans of learning Drupal first on hold.

So, here is my suggestion. Because developing the site is one thing and maintaining it is another (which is normally done by more of an end-user than a developer in many smaller places), perhaps a little background on how to make cool sites without needing a developer to maintain the coolness (i.e., what aspects of Drupal extensions (and core) would be more difficult for the non-techie to maintain and how to plan around this. In other words, a strategy for developing a site specifically for ease of maintenance.

Keep up the good work,

Interesting idea!
Hey, Scott — thanks for the intriguing idea. I’ll have to think about it… but at first glance I don’t know how one would do such a course. The difficulties in Drupal administration don’t come from the modules per se — that is, no one module is easier to maintain than another. (Well, not by much. I suppose it’s easier to maintain static pages than a news feed, if only because news feeds occasionally disappear and have to be changed or removed. But that’s minor.)

Drupal maintenance is hard, IMHO, mostly because of the *updates*. It’s not an easy process, and time marches on for all modules, great and small alike.

But Lynda.com is actually soliciting opinions for a course that sounds a *lot* like what you’re talking about. It’d be a general CMS “pre-requisite” course on maintenance tasks common to Joomla, Drupal, WordPress, etc. See this thread and please add your comments.