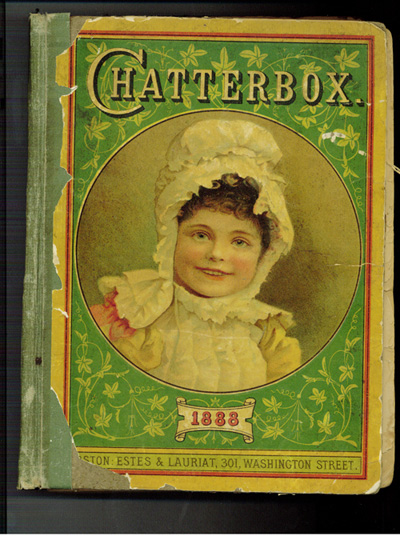 I love old paper. When I hold an old newspaper, I feel the vibrations of its life over the past century. The texture of its surface reflects truly the moisture of the air that surrounded it, the dust that settled on it, the fingers that gripped its edges. When you can read these things in an object, you’re plunged into a world of senses.

Just as importantly, paper from before the advent of radio and T.V. provides an insight into popular entertainment. Magazines carried poetry, serials, recipes, illustrations, sermons, travelogues; many cities had a half-dozen daily newspapers. People with few other entertainment options — particularly those in rural areas — devoured the densely printed periodicals they received by mail and bound them into treasured volumes at the end of the year. (Remember that most people in the U.S. lived in rural areas before the 20th century. Whereas in 1990 only about 25% of the U.S. population lived in a rural area, 60% did in 1900.)

The cover you see here is from one such volume. “Chatterbox” appears to be intended for studious girls, and focuses largely on morality tales and trivia about faraway lands. (“There are only two known species of camels: the Arabian variety, with one hump, and the Bactrian camel with two of those curious appendages.”)

But to the point. The one thing I’ve learned from writing is how many ways a sentence can be phrased. The best writers play through several variations in their heads without even realizing it; the rest of us have to revise, revise, revise. Each variation is subtly different from the others in emphasis, inflection, and tone.

The following tidbit from this Chatterbox volume, in which the same seven-word sentence is rearranged in 25 ways, illustrates the point nicely. (Plain text versions are available from several sources.) 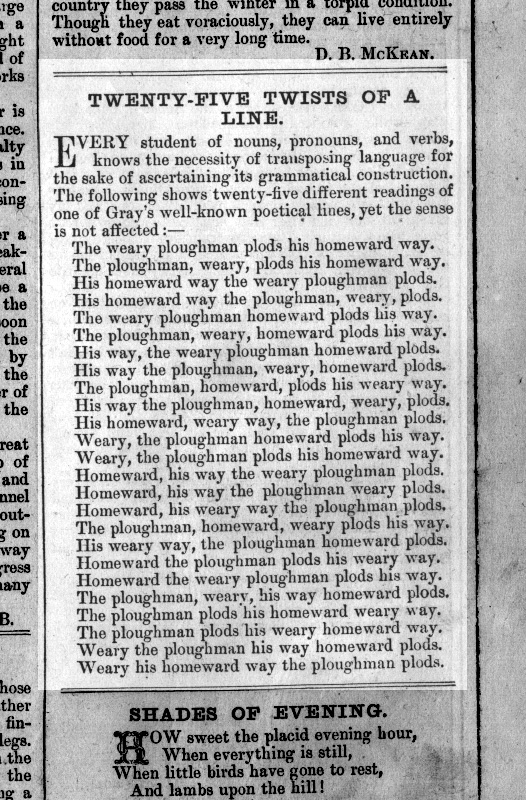 What fun language is!