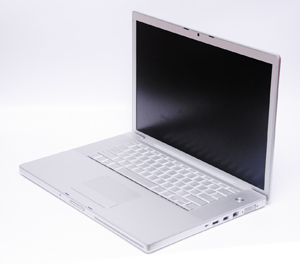 Only five days after its latest release, Acquia today released another update to its namesake Drupal distribution — and it’s a doozy. The package itself includes modules that give you the first chance to try out the company’s new search product, while a separate release (“DAMP”) will help get Drupal beginners up and running MUCH faster than before. (It also includes another gorgeous new theme from TopNotchThemes, which I might use in one of my own projects.)

Acquia has talked quite a bit about their hosted search solution, so I won’t talk much about it here. It’s based on Apache Solr, and I believe that the Drupal.org site is already using it. (To see how it works, do a simple search on that site, then notice all the ways you can “filter” the results to drill down to the ones you want. I’ve found that especially helpful when searching for modules.)

But the only reference I’ve seen to the Drupal-Apache-MySQL-PHP stack before now was in a comment by former Acquia VP of Marketing Jeff Whatcott last November. In my opinion, it should get more press: It has the potential to be a REALLY BIG DEAL for Drupal.

Why? Simply: Installing Drupal is far beyond the ability of most people. When I was a newbie, I stumbled over installation for weeks before learning to use MAMP instead of Mac OS X’s built-in AMP stack. And installation questions are overrepresented in the support queue for my Drupal video course. As soon as you tell someone they have to change permissions, or type a Unix command, or download two separate packages, you’ve lost them.

So I eagerly downloaded and tried Acquia’s new Drupal Stack Installer (on the Mac), and found that it successfully avoids all these problems. Most importantly, it installs like a Mac application. Double click it, and it goes! For end users, that’s huge.

Acquia’s DAMP is not without its faults. While it mostly behaves like a Mac program, it suffers from several “look and feel” holes. For example, the “Control Panel” application (which appears to have been adapted from MAMP) lacks an “About” box and other touches Mac users expect; you can’t tab among fields in the installer; it launches Safari instead of your preferred browser; and the log files have an inconsistent interface. I’m not sure these errors would be as noticeable on the Windows side, which I didn’t try; I’d be interested in hearing someone else’s impressions there.

But enough about that: I have to go to bed for an early flight tomorrow to DC. See you there!

4 Replies to “A boon to beginners: the “Acquia Drupal stack installer” (DAMP)”